Mysterious castles overlooking lonely lakes, and men in kilts playing the bagpipes; whiskey, and the Loch Ness monster: everybody is familiar with the clichés about Scotland. What few people realise, however, is that Great Britain‘s northernmost region also contains fascinating countryside and wildlife. Some of the biggest seabird colonies of Europe are in Scotland. The abundance of fish here also benefits the otters and ospreys who have returned to their Scottish hunting grounds in recent years. Spectacular aerial footage captures the beauty of the Highlands and some of the islands here: there are more than 500 of them in total. With the help of highly stabilised cameras and experienced pilots who have worked on the Harry Potter productions, we celebrate the overall charm of the Scottish landscape. 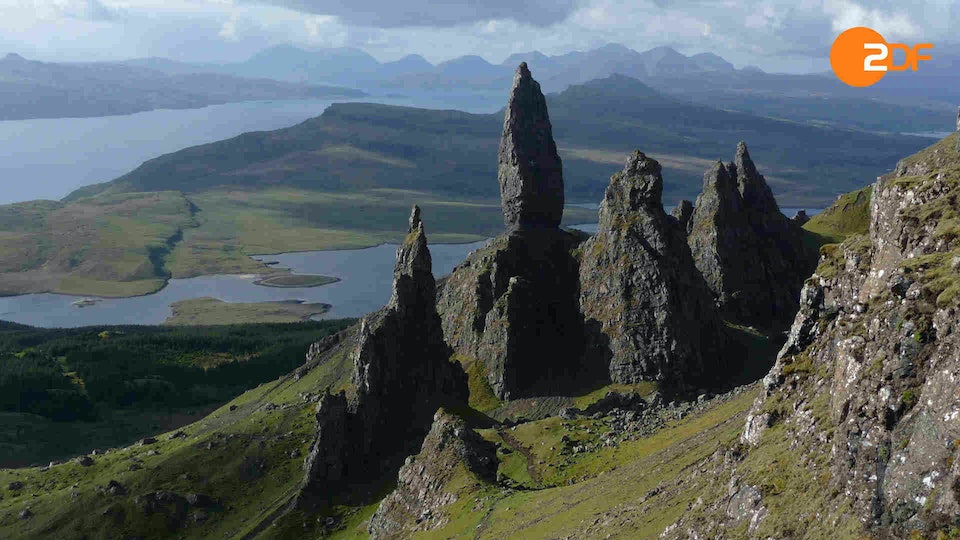