150 years ago Alfred Wallace used his observations on Indonesian islands to develop a theory of evolution independently of Darwin’s. Now Matthias Kopfmüller’s team want to add to Wallace’s work: can the undersea evidence explain what Wallace found on land? What Wallace had recognised is that within a single island group there seemed to be a barrier that species could not pass. Isolated on neighbouring islands under different conditions, species that had once been the same evolved radically differently. Some, for instance, lost the ability to swim. Others became champion swimmers, able to cover hundreds of miles of ocean. From months of observations, Wallace correctly deduced the evolutionary forces at work. But he never actively researched why the animals were unable to cross the narrow straits between two islands. In 2006, Matthias Kopfmüller set out to find the answers. In an exciting expedition he established that the powerful currents in the deep ocean gorge between the islands creates an effective barrier against species wishing to cross. And yet these same currents that divide the species also turn out to be the most effective way for other animals to spread far and wide across the oceans, to new territories. The team identified new subspecies and ecosytems along the rocky underwater cliffs, and proved that the species divide exists under water as well as above it. The ‘Wallace Line’ truly exists! The film also includes a rare encounters with amphibious pythons, the biggest snake in the world, equally at home in dank caves and the tropical ocean, and with smugglers of the rare animals that the ‘Wallace Line ‘ helped to produce. 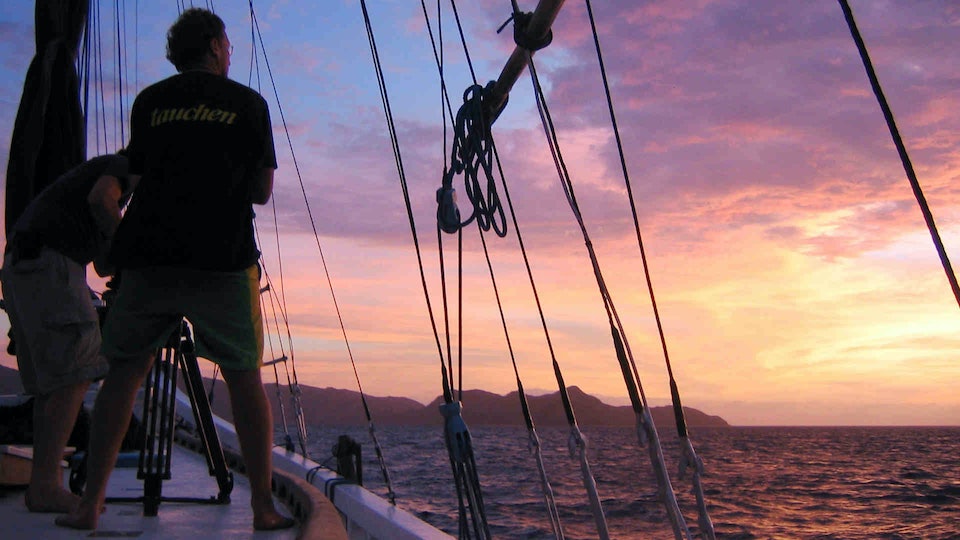